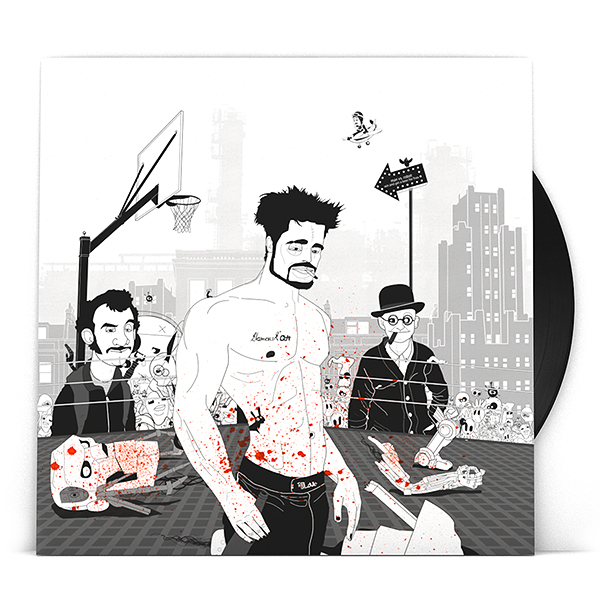 Since we met Ark in Spain a while ago. After being around since 1997, we were curious what he would do for a label like Klamauk. well, we are happy that we’ve got one we really love for its moods. His track “Fat Runner” is a deep growing house track with Ark’s typical kind of breaks, getting faster and faster, ending in a true dance monster. Welcome to the Klamauk family! Michael Fluhr. One half of Just Two Ordinary People and responsible for the Klamauk illustrations, honores us with his solo debut “Ape Shave”. It is full of different micro samples and a big groovy basslines which fit perfect together and form this track into a very humorous journey through Michaels brain. If you dare enough to play this track on the dancefloor, you can be sure to have eyes on you. The master of “Computer-Dance-Frickel-Funk”, called Paradroid comes back on Klamauk with an unbelievable piece of music. “Crimes Of The Future” sounds like 10 tracks in one, changing the beat and mood perceived every minute, but comes surprisingly back to it’s theme, so that you get never lost in his complex soundstructures. This track is a secret bomb! Cellule Eat consist of three guys from Paris (Pit Spector and Grifin) and Mainz (Tilman) which have already shown their talent on French label Minibar and the new label Maria Colors. With “William Told” they start their debut on Klamauk. William is full of sounds and samples and lets your body shake and hopp the whole time. House beats, groovy baselines combined with vocal snippets, stabs and a weird sounding trumpet. A perfect Klamauk track.