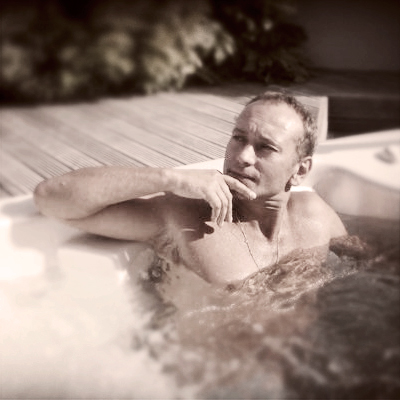 bio
Seen as the pioneer of the new experimental/minimal house style in France over ten years ago with releases on Brif, Ark has gone on to collaborate with and inspire a multitude of today’s established and rising stars across Europe… and the world!
From his origins as guitarist in a number of 80’s funk bands, most notably Trankilou, where he hooked up with the legend that is Pepe Bradock and onto the great Matthew Herbert and LoSoul with their first collaboration, ‘Belle Lurette’ in ’99. The ‘Alleluyark’ EP series from 2003 reaffirmed as his status as chief protagonist of experimental, groove led house and techno. His 2005 long player on Perlon, ‘Caliente’ won him critical acclaim, which is furthered by his more recent works together with Shalom (as Shalark), Krikor (as Krikark), Cabanne (as Copacabannark), Mikael Weill (as Les Cerveaux Lents) and Dolibox. His cannon of remixes is as long as the channel tunnel, reworking the likes of Stephen Beaupre, Mr. Ozio, Archive, Mossa, Salif Keita, Slabb, Krikor, Fym, Cabanne…